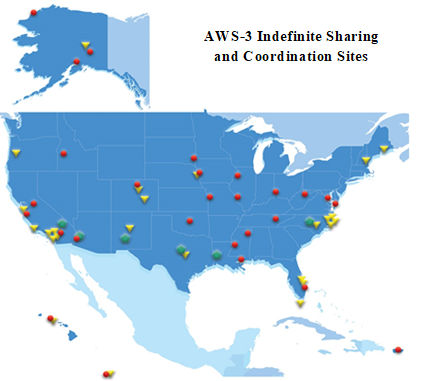 The Trump Administration has engaged in significant efforts to ensure that the U.S. leads the world in 5G, which promises to be an essential driver of our economy for years to come. This month, building on technical analysis by NTIA engineers, the Administration announced that an additional 100 megahertz of mid-band spectrum would be made available for 5G deployment.

As part of its key responsibilities, NTIA works with the Federal Communications Commission and federal agencies to make sufficient spectrum available to enable wireless service providers to meet the ever-increasing demand for advanced services while also ensuring agencies have access to the spectrum they need to perform critical federal missions.

Over the past decade, some of the most important efforts to free up spectrum for new services involved NTIA and the FCC using a combination of relocation of federal systems and spectrum sharing to get the job done rapidly and cost effectively. Put simply: Spectrum sharing is working, and we now have a larger toolbox of techniques to employ as we move toward repurposing the 3450-3550 MHz band — as well as exploring potential repurposing within 3100-3450 MHz.

The current auction of Priority Access Licenses (PALs) in the Citizens Broadband Radio Service band (CBRS) could not have happened without spectrum sharing in coastal areas where military mobile radars operate. NTIA research resulted in the creation of “dynamic protection areas” in which commercial equipment can sense the presence of federal radar signals. A Spectrum Access System (SAS) responds by altering the permitted commercial operations (curbing power, switching to different channels, etc.) to head off interference. The result is a seamless, automated, and flexible sharing system that both protects the military radars and makes nationwide CBRS possible.

Now consider the Advanced Wireless Services-3 (AWS-3) repurposing, which was instrumental in making spectrum bands in the 1-2 GHz range available for the 4G networks and services that have flourished in the United States. This culminated in a massive spectrum auction that netted more than $40 billion for the U.S. Treasury, making it the most lucrative FCC auction to date.

We commonly think of the AWS-3 process as a relocation of federal users out of the 1695-1710 MHz and 1755-1780 MHz bands, but, in fact, some federal users have remained in the band and continue to share spectrum today.

Indefinite sharing in the AWS-3 bands applies at numerous locations across the United States, including Guam, Puerto Rico and other U.S. territories. These include coordination zones around 27 meteorological satellite sites operating in 1695-1710 MHz, and multiple Department of Defense sites operating in 1755-1780 MHz (see graphic at top).

The ongoing coordination among federal agencies and the commercial AWS-3 licensees has permitted successful operations in these shared bands.

As we continue to imagine new and exciting uses of wireless technologies, these new and dynamic sharing mechanisms offer the spectrum community expanded options for meeting federal and commercial spectrum requirements.