SUMMARY: The National Telecommunications and Information Administration (NTIA), through the BroadbandUSA program, in conjunction with Next Century Cities will hold a one-day regional broadband summit, ‘‘Digital New England,’’ to share information to help communities build their broadband capacity and utilization.

Working to Close the Digital Divide in Silicon Valley

Silicon Valley has long been a hub of technological innovation and promise in our country. It’s the birthplace of iconic technology companies such as Intel, Apple, Cisco, and Google. And regions across the country – and even around the world – attempt to emulate its success.

This week, I joined Commerce Secretary Penny Pritzker and other Commerce Department leaders in travelling to Silicon Valley to promote the Department’s initiatives to spur U.S. economic growth, innovation, and competitiveness.

We’re meeting with leaders of technology powerhouses, fledgling start-ups, and venture capitalists funding the next big idea. Yet, we recognize that not everyone in the region has shared in the wealth created in Silicon Valley. Yesterday I had the privilege of meeting with a number of groups including the California Emerging Technology Fund (CETF), the Chicana/Latina Foundation, the Latino Community Foundation, and others that are working tirelessly across the state to close the digital divide. 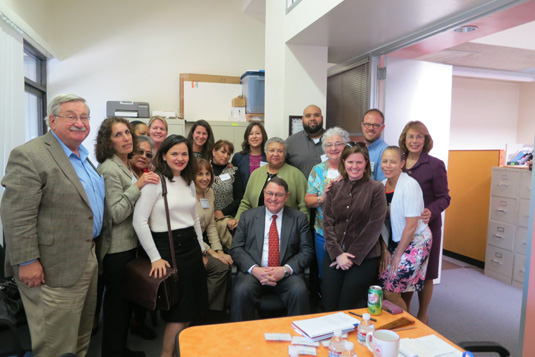