WASHINGTON – A report released today by the U.S. Commerce Department’s National Telecommunications and Information Administration (NTIA) found that Americans are rapidly embracing mobile Internet devices such as smart phones and tablet computers for a wide range of activities beyond just voice communications, such as checking email and using social networks.

This report is the latest edition of our Digital Nation series, and it is based on data collected by the U.S. Census Bureau at the request of NTIA. Against this backdrop of data, today’s Internet-connected society raises a range of significant policy issues, including questions about spectrum use, universal service, copyright, privacy, security, and the economy itself. 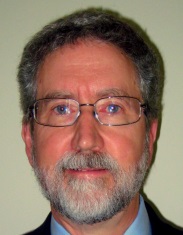 NTIA Chief Economist Jim McConnaughey is, as one would expect from an economist, passionate about economics and its use in public policy.

Yet, McConnaughey’s first job out of college as a junior-level economist at the Federal Communications Commission (FCC) was more serendipity than strategic career planning. McConnaughey said he sought a job at the Federal Trade Commission (FTC) but due to a misunderstanding was given a phone number to call about an opening at the FCC.