A dozen years ago, a group of technology officials in the neighboring Wisconsin cities of Eau Claire and Chippewa Falls began meeting to share ideas on how to prepare their computer systems for Y2K. The group included officials from the city and county governments, local school districts, community libraries and medical institutions. And while Y2K came and went without incident, it soon became clear that the collaboration had the potential to turn into something much bigger.

Today, that group – called the Chippewa Valley Inter-networking Consortium, or CINC – operates an extensive broadband network that connects 150 schools, libraries, hospitals, clinics, technical colleges and university campuses across the Eau Claire and Chippewa Falls region. And now, the Broadband Technology Opportunities Program is expanding that original “community area network” and replicating its success in three other Wisconsin communities that see CINC as a model for establishing a 21st Century communications infrastructure.

Building Community Capacity through Broadband, or BCCB, is using $30 million in Recovery Act funding to lay down more than 600 miles of fiber that will extend the network in Eau Claire and Chippewa Falls and create new community area networks in Platteville, Wausau and Superior. The public-private project is being spearheaded by the University of Wisconsin-Extension program, but has many partners, including dozens of local governments and school districts.

When it is complete in 2013, the BCCB project will supply critical middle-mile infrastructure that will enable commercial carriers to bring broadband to as many as 139,000 households and 9,000 businesses in the four “demonstration communities.” It will also fund hybrid WiMAX/Wi-Fi networks in rural areas. And it will deliver data connections of up to 10 gigabits per second to 182 anchor institutions, including elementary and high schools, public safety buildings, community colleges, healthcare facilities and government buildings. (BCCB is also using a separate $2.4 million BTOP award to finance digital literacy programs in the four demonstration communities and at the College of Menominee Nation, a tribal institution.)

In Eau Claire and Chippewa Falls, CINC is using the Recovery Act funding to extend its existing 72 miles of fiber-optic cable by another 152 miles and connect an additional 130 of the 182 anchor institutions. The anchors on the current network are already showcasing the utility and value of broadband. The network lets government agencies share document imaging systems and other costly software applications. It allows emergency medical workers to send EKG data from the field to local hospitals in real time. It makes it possible for regional hospitals to transmit MRIs, CT scans and other big digital images to physicians in remote locations. And it enables video surveillance of local parks and even a municipal ice rink for public safety.

BCCB officials are eager to expand those benefits in Eau Claire and Chippewa Falls, and bring them to the three other Wisconsin communities that are building networks of their own. Already, a handful of new anchor institutions in the Chippewa Valley – including schools in Mondovi and medical facilities in Menomonie – have been hooked up, as has a WiMax tower at the Chippewa County Courthouse. BCCB officials envision everything from mobile computer labs run by local libraries to greater file-sharing among healthcare facilities. And ultimately, they hope, these new networks will serve as a model for other communities as they build tomorrow’s digital infrastructure. 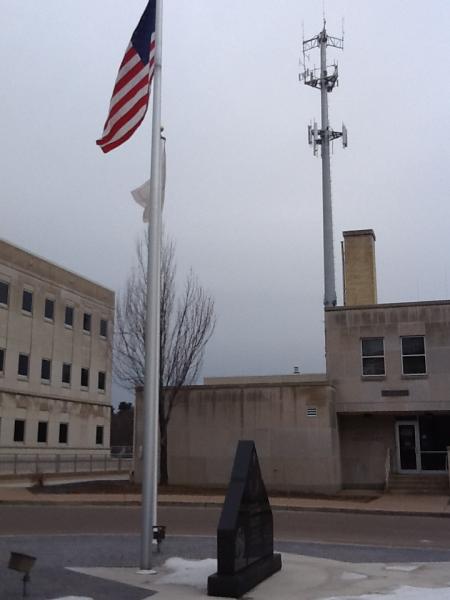 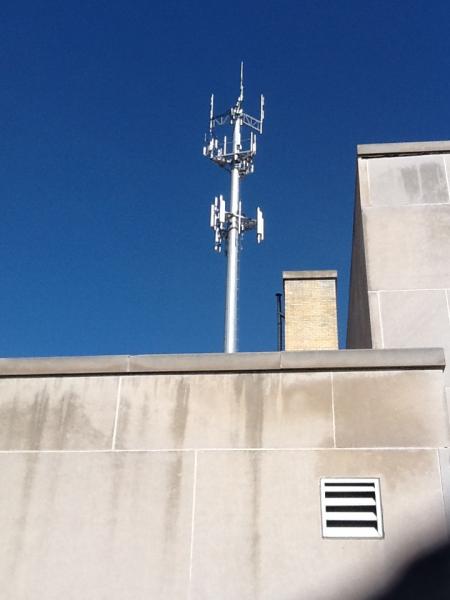 A new WiMax tower at the Chippewa County Courthouse in Wisconsin

Thank you CINC for your

Thank you CINC for your willingness to share a successful model with other communities!

I wish I had a succesful

I wish I had a succesful model to share. I live in Manitowoc County - only 2 miles from the Manitowoc city limits on a county highway and can't get cell service or broadband! We pay for cell phones but can't use them at our home and we can only get dial up internet which is becoming less and less desirable (no video downloads are possible, more and more websites are for broadband, can't do updates on our computer from home, etc. etc. etc)! Mu husband has a business that we operates from home and usually has to go elsewhere to utilize the computer. I can't tell you how much of a barrier this is for social and business activity! No one in Manitowoc County recognizes that there is a problem or seems to be interested in addressing it.