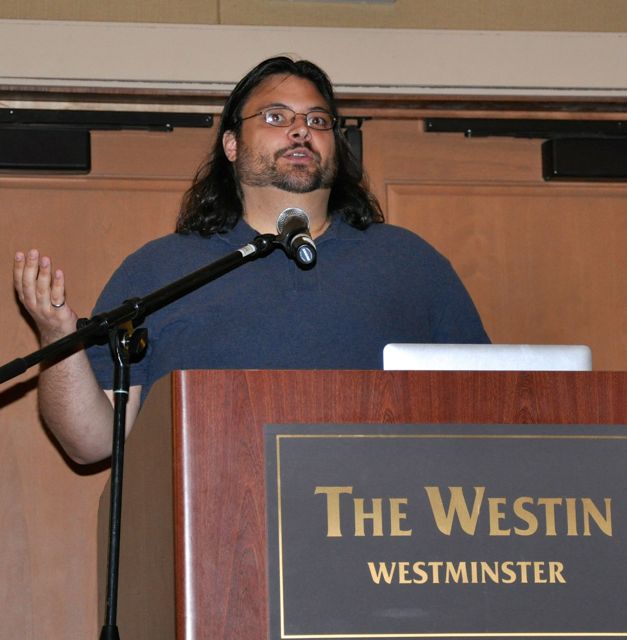 Joel Dumke works on cutting-edge research that may help emergency first responders to better use video to help save lives. Dumke, an electronics engineer at NTIA’s Institute for Telecommunication Sciences (ITS) in Boulder, Colo., leads a team that is developing requirements and minimum standards for video systems that can be used by public safety.

For example, he noted that firemen can learn a lot about what is burning in a fire by watching video and observing the color, speed and location of the smoke.

One of his team’s current projects is focused on finding the right compression levels for transmitting video. Because video can eat up a lot of bandwidth, Dumke’s team is looking for ways to compress video signals while still preserving the video quality. It’s a delicate balance.  “If you don’t compress it enough it consumes too many resources and if you compress it too much it becomes useless,” he said. “It’s interesting to find the sweet spot where it works well.”

Dumke joined ITS more than four years ago after graduating from Purdue University with a doctorate in electrical engineering. He said he was attracted to his current job at ITS because it would allow him to continue some of the video work he pursued at Purdue, while also satisfying his interest in public service and work that would benefit the country.

What he enjoys most about his job is that it allows him to “really think creatively,” he said. He added that he also likes that he is tasked with trying to solve problems that “people have not thought a lot about before.”

Dumke also was attracted to ITS because it allowed him to be closer to his hometown of Louisville, Colo., a small city not far from Boulder. After living away from Colorado as an undergraduate student at the University of Wyoming and during his training at Purdue in Indiana, Dumke said he was eager to move back to his home state. “I definitely wanted to come back one way or another,” he said.

In his spare time, Dumke spends a lot of time playing music. He recently started playing lead guitar and is learning to sing in a rock band that he describes as a “work in progress.” He also plays the euphonium, a baritone brass instrument, in the Boulder Concert Band, which is made up of volunteer musicians who play traditional and modern music several times a year. As if those activities didn’t keep him busy enough, he said he also recently bought a sitar that he’s learning to play.