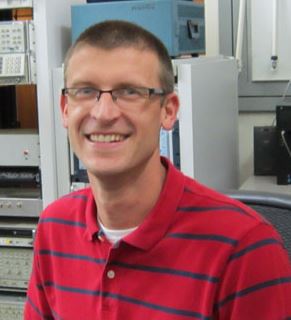 Billy Kozma has lived on both the East and West coasts but appears to have found a place that finally feels like a good fit in Boulder, Colo. Kozma, a computer engineer at the Institute for Telecommunication Sciences, joined NTIA’s research lab in Boulder two-and-a-half years ago after working for more than two years as a computer engineer for the Space and Naval Warfare Systems Center in Washington, D.C.

Kozma said he just couldn’t get used to living in the Washington, D.C., area and longed to move back West. Kozma lived in the Seattle area during a nearly two-year stint as a software engineer at Microsoft’s headquarters in Redmond, Wash. While he loved living in the Seattle area, Kozma and his wife wanted to be closer to their Pennsylvania-based families, which is how he landed in Washington, D.C. In Boulder, he appears to have found a happy medium between his desire to be in a less populated place close to nature while not being too far from family.

When he first arrived at ITS, Kozma worked on projects related to FirstNet’s use of long-term evolution (LTE) technology for the nationwide broadband network it is working to deploy. In recent years, he has been focused on software development and propagation modeling. For example, he worked to help the National Weather Service determine the best place to position emergency alert towers. He also developed software to help winners of the AWS-3 auction and the federal agencies that will continue to operate in the AWS-3 bands to coordinate use of the bands.

Kozma said he enjoys his work at ITS because it allows him to tackle difficult engineering challenges that require critical thinking and don’t often have an obvious solution. “When you start, you’re not sure how you will get to the end,” he said of many of the research projects he deals with at ITS. “That’s the fun of it.”

Kozma has a bachelor’s degree in electrical engineering from the University of Pittsburgh at Johnstown. Determined to go someplace new for graduate school, Kozma, who grew up near Hershey, Penn., said he only applied to one graduate school east of the Mississippi River. He ended up at the University of Arizona at Tucson, where he earned a master’s degree in electrical and computer engineering.

When he’s not working, Kozma said he and his wife and two young children enjoy hiking and taking road trips. That is another reason why he likes living in the Boulder area. “It’s only 1,600 miles from Colorado to Pennsylvania,” he noted. He said he and his wife prefer to drive to visit family in Pennsylvania and to vacation spots because it allows them to see the country. “We like driving, taking less travelled roads, and seeing America,” said Kozma, who recently took his family on a Southern road trip that included stops in Oklahoma, Louisiana, Mississippi and Alabama.