January 13, 2017 by Lawrence E. Strickling, Assistant Secretary of Commerce for Communications and Information and NTIA Administrator and Lisa Mensah, U.S. Department of Agriculture Under Secretary for Rural Development

Over the last eight years, our agencies have worked to expand the availability and adoption of broadband in recognition of the increasingly important role that the Internet is playing in every facet of society.

Recognizing the opportunity to marshal resources across the entire federal government, President Obama in March 2015 created the Broadband Opportunity Council, co-chaired by the Secretaries of Agriculture and Commerce, which in August 2015 identified a series of executive actions that could be taken through existing agency programs, missions, and budgets to increase broadband deployment, competition, and adoption.

Today, we are pleased to report that the 25 participating agencies have made considerable progress toward completing their commitments. These actions further the goals of modernizing federal programs to expand program support for broadband investments; empowering communities with tools and resources to attract broadband investment and promote meaningful use; promoting increased broadband deployment and competition through expanded access to federal assets; and improving data collection, analysis, and research on broadband.

Agencies have completed 15 of the 36 action items and have made significant progress toward finishing most of the others. Among the completed tasks include the release of guidance in January 2016 from the Department of Housing and Urban Development (HUD) to its HOME Investment Partnerships Program, Housing Trust Fund, and Community Development Block Grant recipients clarifying that program funds can be used for broadband installation infrastructure and service delivery.  Meanwhile, the Treasury Department clarified that broadband infrastructure and related activities are eligible for the New Market Tax Credit Program and Community Reinvestment Act community development consideration in certain circumstances, expanding options for communities seeking investment sources for broadband projects.

One of the principal objectives in creating the Council was to institutionalize agency consideration of broadband into their broader missions.  Consistent with this goal, agencies also have launched a number of new projects -- not included in the Council’s original report -- designed in a manner that furthers broadband deployment and adoption.  These include efforts such as the Environmental Protection Agency and USDA’s Cool and Connected program, HUD’s ConnectHome program, and the National Science Foundation’s Smart and Connected Communities program among many others, which are described in the report. 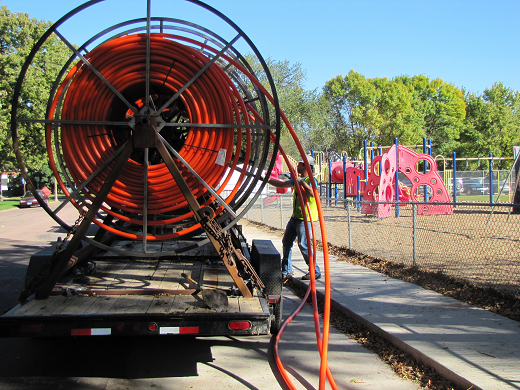 As we move forward, we are confident that these efforts to ensure that broadband availability is an embedded element of these agencies’ policymaking will continue on through the coordination efforts of the Broadband Interagency Working Group, which will be led by NTIA’s BroadbandUSA program and USDA’s Rural Utilities Service (RUS). As part these efforts, NTIA’s BroadbandUSA program will hold a webinar on January 18 featuring speakers from NTIA, RUS and the Treasury Department’s Office of the Comptroller of the Currency to discuss the Council’s progress and work.

We are proud of the work that the Council has done to expand the reach and use of broadband and are confident that the agencies involved will continue to carry on this important work with the enthusiasm, dedication and expertise needed to ensure its success for the benefit of all Americans.