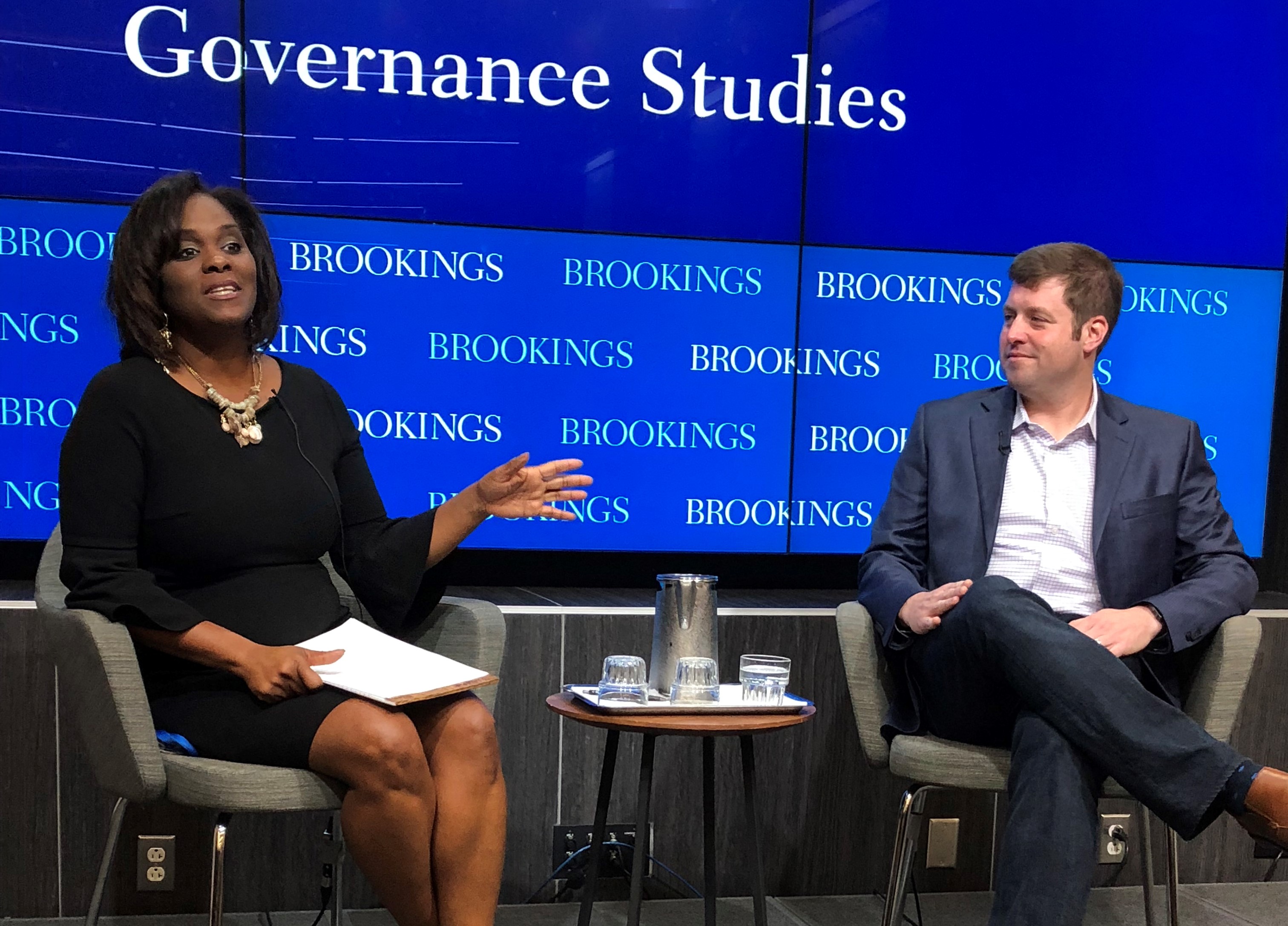 On Oct. 12, Assistant Secretary for Communications and Information David Redl participated in a fireside chat with Brookings Institution fellow, Dr. Nicol Turner-Lee, to discuss the work that NTIA has been doing on privacy, the Internet, and nationwide broadband connectivity.

“The Trump Administration has taken a very pro-investment, pro-broadband stance from the very beginning,” Redl said, an approach that that will help push America forward into the next generation of communications technology. Citing the Administration’s early work to the extend broadband to rural areas, Redl said that the White House directed NTIA and the Department of Agriculture to develop a strategy for connecting areas of the country that are difficult to reach.

Redl also noted Commerce Secretary Wilbur Ross’ efforts to deliver on the President’s commitment to lead the United States into a new era of space commerce, which has included elevating the Office of Space Commerce to report directly to the Secretary, raising its importance within the Department.

Discussing the White House’s September 5G summit, Redl said that “the message was pretty clear” from all White House representatives: “The U.S. is going to be first.” This is because industry is committed to pushing forward on 5G, and the Trump Administration is committed to policies that support private sector growth, Redl said. “We’re behind you, private sector,” he added.

Indeed, the benefits of the 5G revolution have already begun to benefit the United States, Redl said. Wireless tech companies, like Ericsson, are relocating factories to the U.S., creating jobs and building the foundation for continued American technological leadership.

Focusing on data security, Redl said NTIA’s recent Request for Comment on a new approach to privacy is an important part of building online trust, especially as digital connectivity encompasses more of our everyday lives.

As the Trump Administration moves to assert American leadership in the industries and technologies that will determine our future, Redl said that there would be one thing, above all else, that would guarantee American success: “There is no substitute for American ingenuity and American know-how. There just isn’t, anywhere in the world.”