May 30, 2018 by David J. Redl, Assistant Secretary for Communications and Information and NTIA Administrator

Across the country, Americans use broadband to learn, shop, grow their businesses, and connect with friends and family around the world. Communities that gain access to affordable, high-speed Internet see improvements to economic growth, educational opportunities, and public safety and health care services.

Much of America has been reaping the rewards of broadband for years, but there are still areas of the country that don’t have the connectivity needed to keep up with the modern economy. According to the Federal Communications Commission (FCC), more than 30 percent of rural Americans live in areas that lack broadband availability.

We know these gaps exist, but what we don’t know is precisely which areas of the country have insufficient broadband capacity. That makes it difficult to ensure that public investments in infrastructure are efficient and effective. Right now, the FCC’s Form 477 data, which is collected from broadband service providers, is our only source for nationwide broadband availability information. The Form 477 data program is valuable, but the data is not independently validated or verified. It is also reported at the Census block level, so that can lead to inaccuracies that overstate availability – especially in rural areas where Census blocks are large.

May 25, 2018 by Paige R. Atkins, Associate Administrator of the Office of Spectrum Management

One of NTIA’s most important responsibilities is working with the Federal Communications Commission (FCC) to find spectrum to support competitive and ubiquitous 5G broadband wireless service in America. Efficient use of spectrum is critical as we look to get more spectrum into the hands of wireless innovators while protecting federal users. To help achieve this goal, NTIA engineers have facilitated the creation of a new concept in flexible spectrum sharing, Dynamic Protection Areas (DPAs), to enable increased access to the 3.5 GHz Citizens Broadband Radio Service (CBRS) band.

On May 22, in response to a letter from NTIA, the FCC issued a waiver Order that allows each spectrum access system (SAS) administrator in the 3.5 GHz band to use DPAs. This action will allow more devices to operate in the band more quickly than anticipated, promoting efficient spectrum use and more investment.

On May 9, 2018, the U.S. Commerce Department brought together more than 100 small businesses for matchmaking opportunities with AT&T and five first-tier vendors helping AT&T build FirstNet, a nationwide broadband network and related services for first responders. In March 2017, the Department entered into a 25-year contract with AT&T for constructing and operating FirstNet.

NTIA is pleased to announce it has completed making 46 grant awards under the State and Local Implementation Grant Program (SLIGP) 2.0, which will help states and territories prepare for FirstNet’s buildout of the nationwide public safety broadband network. NTIA announced the initial awards on March 1, 2018, to 12 states, and continued making additional SLIGP 2.0 grants in March and April.

The grants are an outgrowth of The Middle Class Tax Relief and Job Creation Act of 2012, which directed NTIA to establish a grant program to assist states and territories with planning for FirstNet, a nationwide wireless broadband network for public safety that that launched last year under the leadership of Commerce Secretary Wilbur Ross. Between July 2013 and June 2014, NTIA awarded $116.5 million in grants to 54 U.S. states and territories to consult with FirstNet and perform outreach to public safety stakeholders.

May 01, 2018 by Keith Gremban, Director of the Institute for Telecommunication Sciences 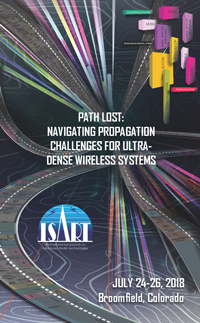 Registration is now open for the 17th International Symposium on Advanced Radio Technologies (ISART), which will take place July 24 to 26, 2018, in Broomfield, Colorado. David Redl, Assistant Secretary for Communications and Information and NTIA Administrator, will deliver the opening keynote address. NTIA’s Institute for Telecommunication Sciences (ITS) and NIST’s Communications Technology Laboratory are co-sponsoring the event.

This year’s symposium – Path Lost: Navigating Propagation Challenges for Ultra-Dense Wireless Systems – will explore the current state of the art in radio propagation prediction and map the path forward to the next generation of foundational propagation models. Leading experts from government, academia and industry will explore the technical, economic, and regulatory impacts of network densification in response to the explosion in demand for wireless data.

April 24, 2018 by Keith Gremban, Director of the Institute for Telecommunication Sciences

As demand for spectrum for commercial use continues to grow, policymakers are exploring spectrum sharing as a way to expand capacity while still fulfilling the needs of federal agencies. This model can work only if rules are designed to maximize the value of spectrum resources without compromising the quality and reliability of telecommunications.

To minimize the probability of interference, spectrum managers separate systems in distance and frequency. The amount of separation is determined by interference protection criteria (IPC), which can be estimated through analysis, measurement, or computer simulation.

Although the analytic method is fast it can also be highly inaccurate. Accurate and repeatable measurements may also be difficult to obtain. One reason is that IPC measurements are often hindered by restrictions on equipment availability. In some cases, spectrum managers need estimates for systems that have not been built yet, so measurements are not possible. In other cases, the systems can only be tested for a brief period of time to avoid service interruptions.

To overcome the limitations of measurement, NTIA’s Office of Spectrum Management and Institute for Telecommunication Sciences (ITS) have made significant investments in computer simulation capabilities. This has provided a tool to use when measurements are not possible, especially when trying to assess a multitude of spectrum sharing scenarios. ITS is NTIA’s spectrum engineering laboratory.

April 8-14 marks this year’s National Public Safety Telecommunicators Week, when we take time to appreciate and thank the dedicated professionals who staff the thousands of 911 centers throughout the nation. These devoted public servants work quietly on the front lines of emergencies, serving as “the first of our first responders.” 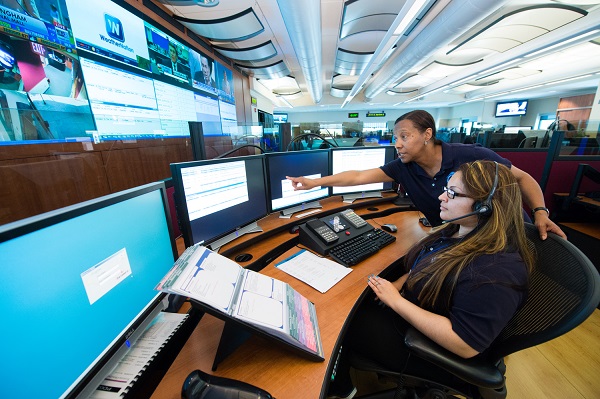 We may take 911 calls for granted today, but it was only 50 years ago that the first emergency call was completed in Haleyville, Alabama. We’re now on the cusp of improving our 911 system by providing our highly trained professionals with the advanced tools they need to do their jobs in the 21st century.

Through our joint Implementation Coordination Office, later this year we will be rolling out a revamped 911 grant program to provide states and territories with federal funds to upgrade their 911 operations to keep pace with Next Generation communications technologies.

Please join me this week in recognizing the men and women who work behind the scenes, often without recognition, to answer our 911 calls, dispatch our first responders, and protect our lives and property. 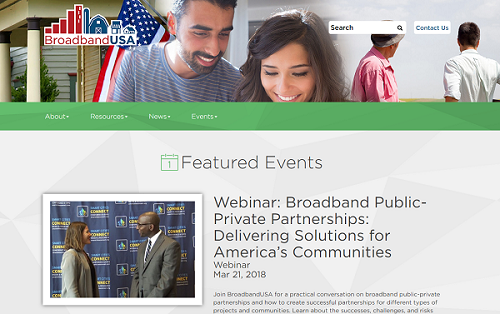 Today, NTIA launched its revamped BroadbandUSA website -- broadbandusa.ntia.doc.gov -- to inform the public about NTIA’s work to expand broadband connectivity through educating, convening and assisting stakeholders. The new website serves as a one-stop shop for broadband information around the federal government and makes it much easier for users to find events, webinars and publications they need.

Working through the Broadband Interagency Working Group, NTIA created the site to enable federal agencies that support broadband connectivity and digital inclusion to publicize resources through a one-stop online portal. The site is intended to help communities and their private local exchange carrier and Internet service provider partners find resources and funding to support their local broadband efforts by providing information on federal resources, with links to federal grant programs that may fund broadband deployment and adoption projects.

Nationwide broadband connectivity is the aspirational goal bringing together broadband leaders for the March 20 Tennessee Broadband Summit in Nashville. The event, sponsored jointly by NTIA and the Tennessee Department of Economic & Community Development, is an all-day program with workshops and problem-solving presentations from industry, state and local leaders, and community groups working to build connectivity options throughout the state.

Strong leadership at every level of government can lead to increased broadband deployment. New opportunities through the Tennessee Broadband Accessibility Act and other state and Federal initiatives are vital tools that can help increase broadband accessibility. Also encouraging is the increase in broadband leadership from states, as evidenced in the strong participation at a recent meeting in Washington, D.C. of state broadband leaders across the country to discuss the types of challenges, programs, and investments that are happening at the state level.

At the federal level, President Trump has made broadband a key priority. When he was in Nashville earlier this year, the President issued executive orders to streamline permitting, remove regulatory barriers, and make more federal towers available to commercial service providers. We have made progress in each of those areas.

The Bureau of Economic Analysis released, for the first time, preliminary statistics and an accompanying report exploring the size and growth of the digital economy. Goods and services that are primarily digital accounted for 6.5 percent of the U.S. economy, or $1.2 trillion, in 2016, after a decade of growing faster than the U.S. economy overall, BEA’s research shows. These new estimates are supported in part by funding from NTIA.

From 2006 to 2016, the digital economy grew at an average annual rate of 5.6 percent, outpacing overall U.S. economic growth of 1.5 percent per year.

In 2016, the digital economy supported 5.9 million jobs, or 3.9 percent of total U.S. employment. Digital economy employees earned $114,275 in average annual compensation compared with $66,498 per worker for the total U.S. economy.

BEA includes in its definition of the digital economy three major types of goods and services: