For many Americans, the days of connecting to the Internet solely through a stationary desktop computer are over. Going online now means shopping on a tablet, using a PlayStation to watch movies, or checking email on a smartphone.

In just a two-year span, between 2011 and 2013, Americans significantly shifted their Internet usage habits, moving toward more mobile Internet use and increasing the range of devices they use to connect, according to data collected in July 2013 as part of NTIA’s Computer and Internet Use Supplement to the Census Bureau’s Current Population Survey. A majority of Americans — 52 percent — used two or more Internet-connected devices, the data shows. That’s up from 41 percent in July 2011. Americans are using a wide variety of devices to access the Internet, including tablets, laptops, mobile phones, and TV-connected boxes such as gaming consoles or streaming video players.

Even at the epicenter of the high-tech revolution, there are digital haves and have-nots.

NTIA hosted a broadband workshop last week at the Computer History Museum in the heart of California’s Silicon Valley. And the take-away was this: the state that gave us semiconductor chips, Internet search engines and smartphones faces the same digital divide challenges as the rest of the nation.

The Bay Area may be home to technology giants such as Intel, Google and Apple. But in the remote reaches of rural Humboldt County, there are tribal lands that still lack basic communications infrastructure. And in the desert towns of the Coachella Valley, there are students who can’t get online to do homework since there is no Internet access in the mobile home communities where they live.

Language and Citizenship May Contribute to Low Internet Use Among Hispanics

November 17, 2015 by John B. Morris, Associate Administrator of the Office Policy Analysis and Development

NTIA has long noted disparities in Internet use based on race and ethnicity, among other demographics. While the United States has made great strides in recent years to close the digital divide, the latest NTIA data on Internet and computer use suggest that gaps remain among certain groups.

In an important step to making more spectrum available for commercial use, NTIA’s Institute for Telecommunication Sciences (ITS) recently launched a new online site that enables commercial entities and federal agencies to coordinate spectrum use in the 1695-1710 MHz band, one of three bands recently made available by auction for Advanced Wireless Services (AWS). The new NTIA portal fulfills an important requirement to enable sharing in the 1695-1710 MHz portion of this prime spectrum.

Although many federal incumbents will eventually relocate out of the AWS bands, relocation is not feasible for agencies that operate meteorological satellite Earth stations in the 1695-1710 MHz band. To make this band available for sharing, the Federal Communications Commission devised rules that require commercial auction winners to successfully coordinate with federal incumbents prior to operating in geographic areas (coordination zones) around these stations, which will continue to operate indefinitely.

Orbiting 250 miles overhead and circling the Earth every 90 minutes, the International Space Station (ISS) serves as an outpost for exploration and scientific discovery. For 15 years, humans have been living continuously aboard the space station and making research breakthroughs not possible on Earth. A truly global endeavor, more than 200 people from 15 countries have visited the unique microgravity laboratory that has hosted more than 1,700 research investigations from researchers in more than 83 countries. 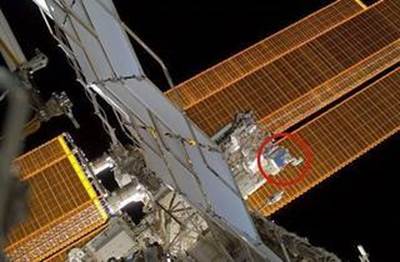 Time to End the Leap Second?

We all rely on clocks to figure out when to leave for work, go to school and to do a myriad of other activities that make up our daily lives. But how we keep track of time on those clocks is a subject of debate among the nations of the world. Most countries use the international standard time scale called Coordinated Universal Time (UTC). The U.S. Commerce Department’s National Institute of Standards and Technology (NIST), NTIA’s sister agency, maintains the UTC time scale in the United States.

UTC is based on atomic clocks, which use the international definition of the “second” to keep highly accurate and very steady track of time.  Atomic clocks have been used for time-keeping services since the 1950s. Traditional clocks are based on astronomical measures of the Earth’s rotation. The Earth’s rotation rate is slowing down over time, however, and the rate of that slowdown is irregular. To keep UTC in line with the Earth’s rotation, a second is added to UTC time when needed to ensure that the difference between traditional clocks and atomic clocks is less than a second. One of these seconds, a so-called “leap second,” was most recently added at the end of June.  Since the leap second’s introduction in 1972, 26 leap seconds have been added to UTC to keep the world’s clocks in sync with the Earth’s rotation.

Billy Kozma has lived on both the East and West coasts but appears to have found a place that finally feels like a good fit in Boulder, Colo. Kozma, a computer engineer at the Institute for Telecommunication Sciences, joined NTIA’s research lab in Boulder two-and-a-half years ago after working for more than two years as a computer engineer for the Space and Naval Warfare Systems Center in Washington, D.C.

Kozma said he just couldn’t get used to living in the Washington, D.C., area and longed to move back West. Kozma lived in the Seattle area during a nearly two-year stint as a software engineer at Microsoft’s headquarters in Redmond, Wash. While he loved living in the Seattle area, Kozma and his wife wanted to be closer to their Pennsylvania-based families, which is how he landed in Washington, D.C. In Boulder, he appears to have found a happy medium between his desire to be in a less populated place close to nature while not being too far from family.

Last November marked the 20th anniversary of NTIA’s Computer and Internet Use Supplement to the Current Population Survey (CPS). This important data collection has documented profound technological transformations in American life, from the explosion of Internet use to the proliferation of mobile devices such as smartphones and tablets.  In partnership with the Census Bureau, we have cataloged detailed trends over time, gathering data on over 1.3 million Americans through over 600,000 household interviews.

As we witness the continued evolution of the Internet – including the connection of wristwatches, thermostats, and many other everyday objects to the Internet – comprehensive data on Americans’ use of technology will only become more important. NTIA has revamped everything from the questions we ask to the ways in which we report results so that the CPS Supplement continues to be a relevant and valuable resource. This revamp includes our new NTIA Data Central, an easy-to-use source for locating statistics and charting trends.

The CPS Supplement has been a vital resource for policymakers since its inception. We want to make those data even more valuable to researchers and policy makers through NTIA Data Central.

Balancing Innovation and IP to Advance the Digital Economy

As computers become smaller, faster, and more affordable, they are transforming nearly every aspect of American life, giving us access to millions of digital books, songs, and movies. And machines — from phones to cars and even medical devices — are smarter, safer, and more efficient thanks to computers and the software that powers them. With these advances come important policy questions, including how best to simultaneously promote innovation and the free flow of information while protecting intellectual property.

Every three years, the Commerce Department’s National Telecommunications and Information Administration (NTIA) shares its views with the United States Copyright Office regarding proposed exemptions from the Digital Millennium Copyright Act’s (DMCA) prohibition against circumventing copyright protection technologies. These exemptions are vital to enabling innovation and free expression in the digital age. They help students learn by making fair use of clips from movies, make e-books accessible to the print-disabled, and allow changing the settings on mobile phones so that they can be used with different wireless carriers.

September 30, 2015 by Keith Gremban, Director of the Institute for Telecommunication Sciences

One of the most challenging aspects of public safety communications is maintaining audio quality in the harsh noise environments in which fire fighters, police officers and other first responders operate. The National Public Safety Telecommunications Council (NPSTC), a federation of public safety organizations, has identified audio quality as a critical requirement, noting that first responders have an immediate and sometimes life-and-death need to understand exactly what is being communicated during an emergency. Today, the Institute for Telecommunications Sciences (ITS),  NTIA’s research laboratory in Boulder, Colo., has released a new report that describes an effort to identify which digital speech and audio technologies are best-suited for mission-critical voice communications over a fourth generation (4G) wireless network using cellular infrastructure. 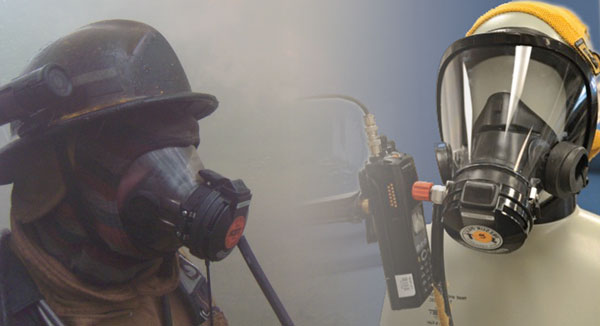